How To Parent By Participation – Every child is unique

The article below is by Wm. Paul Young. Pulled from our Parenting with Purpose eBook.

I have visited South Korea only twice in my life, once shortly after The Shack was released in Korea and the second time after Cross Roads. I don’t speak as an expert in anything Korean; I am only able to offer some observations from an outsider. I will say that I am personally deeply and devastatingly familiar with the power of performance orientation and ‘face’ (the need to protect the family from shame at any cost), that also pervades the Korean culture.

Even though the media events and interviews were largely the same on both trips, I was surprised by a significant shift taking place in the culture in only a few short years. In almost every interview on my second trip, I was asked a question that had not been raised a single time on my first trip.

“How do you heal the human soul?”

It was not being asked as an academic question, but with a sense of urgency, as if the Korean people had begun to take time for introspection and recognized that the harried commitment to progress and production had left them with hollow hearts, taking a toll on their children and community. On one significant media program, I was even asked, “Do you think our education system is killing our children?”

Yes, Korea is the mostly highly educated country in the world, but at what cost? Between the intensely rigorous public and private education, the hogwons, the additional tutoring and the intensive additional ‘self study,’ is it any wonder that children struggle with any sense of self not related to test scores and family ‘face’.

We have six children; four boys and two girls. So far we have nine grandchildren, all under the age of eight. Each of our six is on a very different life path.

Our oldest, who is completing a five-year Ph.D. in Statistics, and his wife have three children. Recently he was asked by a friend who was seeking helpful tips and techniques in raising children. He began by saying I thought was profound. He said,

“You need to know that anything that I tell you will be 2/3 false.”

Our son is pointing out something essential in this conversation, and not only about raising our children.

There is a Hebrew scripture that has been translated into the English like this: “Train up a child in the way that they should go and when they are old they will not depart from it.” This is not a good translation but the wrong interpretation fit better with our Western performance/success orientation.

We thought this meant that there was a ‘way’ to train a child, the right way. If we could collectively agree on that ‘way’, our children should be molded within its definitions.

Our focus has been on the ‘way’ and not on the child.

And so it has been for the last centuries, children are purposed for production, becoming cogs in the wheels of prosperity and progress—education being the singularly most powerful tool of socialization.

The Hebrew scripture does not say anything like this. It should be translated, “Train up a child in his or her way, the way that is their way, and when they are old they will live naturally within that way.”

It is not that techniques are inherently bad, but as my son indicated, they (at best) apply to one of the children, but not to all three.

Every single child comes into the world and brings with them ‘their’ way.

They don’t know what that way is, but we as parents and teachers are invited into the sacred trust of helping each of them discover what that way is—a way that will be a unique expression of who they are and become as a person.

This requires another depth of thoughtfulness, of mindfulness that takes into consideration the mystery of the child herself/himself. Everything has beauty but not everyone sees it. This is certainly true when we are blinded by the need to be successful as determined by the systems that demand performance and require strict and regimented submission to its judgments and standards.

Many of the techniques and perspectives offered in a book like this will be helpful. But one will not apply to your child while another may. It is the parent who has joined with God to create a being who will change the cosmos by their presence more than by performance.

In the heart of every parent is the desire to celebrate their child and their child’s way. To do so will sometimes challenge the ways and reasons things are done. May we find the courage and participate with the Holy Spirit to not only take great joy in our own children but in our neighbor’s child as well.

Here is one simple technique: Rather than answer the question your child asks, ask them another question.

A question is an invitation into relationship and one good question is worth a thousand answers. Their response will be a window into the uniqueness of your child, how they think and what their emotional world looks like. “How do you think that works? Why do you think they said that? Who do you think we could ask who might know? How did that make you feel?” Questions open up the world; for you, your child and your growing relationship.

P.S. If you want to read the whole eBook its available here: Parenting with Purpose

Parenting Sexuality – The art of developing a healthy sexual culture 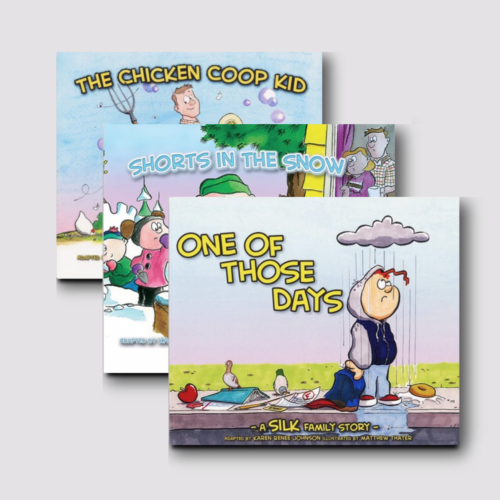